Hello and Welcome to Assisi Frenchies!  My name is Lori Hunt, DVM, and I have been involved with frenchies since 1999!  I am a small animal veterinarian and I have been  a member in good standing of the French Bulldog Club of America since 2000.  I served on the Board of Directors from 2010-2014, and also over the years have served as chairs of various committees.  I am also a member of the Theriogenology Society of America (for veterinarians interested in reproduction).

Here at Assisi, my dogs are my family first and foremost and show/performance dogs second!  I breed only health tested dogs.  I am striving to produce quality healthy dogs who conform to the standard and win in the ring!

To date, I have bred, owned and/or handled 43 dogs to their championships and 10 to their Grand Championships, with many more working toward their titles.  I have also had several group placing dogs and prestigious wins, including a Best In Sweeps at the 2010 National Specialty, Reserve Winners Dog at the 2019 National and Best Bred By that same show with a different dog, multiple Awards of Merit at the FBDCA and regional club specialties,  Winners Bitch at the 2017 FBDCA sponsored Heartland French Bulldog Specialty and WB at the 2020 GLFBDC Specialty.  I am the breeder of the first female AND youngest MACH frenchie. My stud dogs have collectively sired many titled offspring in very limited breedings to outside girls.  Many of my dogs have earned their Canine Good Citizen titles, as well as I have dogs competing and titling in obedience, rally, barn hunt and agility with their owners.   I have bred over 25 performance titled frenchies!

In 2007, I was the owner of the FIRST frenchie, my foundation boy Hank, to receive the designation "Champion of Health" from the Orthopedic Foundation for Animals (OFA). In 2011, Hank's granddaughter, my bred-by girl Purl, received the OFA Champion of Health Medallion.  Then in 2018, Purl's granddaughter, Vera also won the medallion.   To date, Assisi has bred and/or owned upwards of 20 Register of Merit dogs, 3 of whom are Gold level, and several Platinum level. I am also the proud breeder of 2 Gold VOM dogs, and a few more coming :)

My highest honors thus far have been being chosen by my peers to judge the Breeders Class at the 2010 FBDCA National Specialty and the Top Twenty Invitational at the 2011 National!  I also judged the National specialty sweepstakes in Las Vegas in 2016!  As of September 2015, I am now an AKC licensed judge of the french bulldog.  I have already enjoyed judging several specialties, and have several more specialty assignments both in the USA and abroad.

Please feel free to contact me any time to hear about my future plans for breeding and showing,....

All dogs used in my breedings are completely health tested, which includes, but is not limited to the following:

Contact me for the most up to date information on my breeding plans at AssisiFrenchies@aol.com 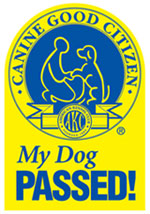